Awarded the Ephraim Williams Medal in 1988

Awarded the Rogerson Cup Award in 1983

Awarded the Bicentennial Medal in 2007

Alice Albright serves as executive vice president and chief financial and investment office of the GAVI Alliance, whose mission is “to save children’s lives and protect people’s health by increasing access to immunization in poor countries.” Thanks in significant part to the work of the alliance, the World Health Organization calculates that millions of premature deaths have been prevented, tens of millions of additional children have been protected by basic vaccines, and more than a hundred million more by new vaccines. The alliance’s goals include a 66 percent reduction in child mortality rates in 36 countries by 2015, introduction of hepatitis B vaccine in 72 countries by 2010, and raising an additional $4.5 billion to support immunization programs by 2010. GAVI is also known for its innovative, public-private approaches to building financial systems to support immunization programs and health systems in the world’s poorest countries. After graduating from Williams in 1983, Albright earned a master’s degree, with a concentration in international finance, from Columbia University’s School of International and Public Affairs.

Awarded the Joseph's Coat Award in 1993

Awarded the Rogerson Cup Award in 1985

Awarded the Joseph's Coat Award in 1954

Awarded the Bicentennial Medal in 2006

Law is the foundation of society’s economic, social, and even physical health—a fact never taken for granted in the countries you work. As Executive Director of the American Bar Association’s Central European and Eurasian Law Initiative, you have been midwife to new legal systems in scores of countries emerging from the broken social structures left by despots and outside domination. Through Initiative efforts, more than five thousand American and European judges, attorneys, and legal specialists have contributed more than two-hundred-million dollars in pro bono assistance to new democracies. Where new tyrannies of lawlessness and corruption threatened to spread, the Initiative has helped build civil societies by advising on new constitutions; on training lawyers, judges, and government officials; on reforming law school curriculums; and on educating citizens about their newfound rights. Armenia is one country that as a result has passed constitutional reform that increases legal protections, improves the balance of power between the legislature and the executive, and establishes a more independent judiciary. The Initiative also helped set up the Women’s Legal Assistance Center in Tajikistan and filed more than eleven-hundred citizenship applications for Roma living in Macedonia. Your career in promoting the rule of law includes earlier work as head of the Central Asia Division of Human Rights Watch and soon as leader of The American Society of International Law. The benefit of these efforts extends well beyond the citizens of those increasingly stable societies to all of us in this increasingly interconnected world. In recognition of your distinguished achievement in promoting the rule of law worldwide, Williams College is proud to honor you with its Bicentennial Medal.

Awarded the Bicentennial Medal in 2014 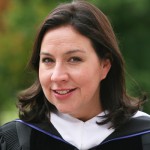 Who else but a Williams alum could have written the lyrics to “Frozen”? The evidence is all there. Only a former Ephlat could imagine really belting it like Elsa. Only the beneficiary of our distribution requirement could work into a Disney song the word “fractals.” And only someone who had endured four Williamstown winters could write that the cold didn’t bother her anyway. A double major in theatre and psychology, you instilled in your protagonists—both of them female—with inner lives hard at work on reconciling desires to conform and to flee and on learning how to harness one’s inner powers. Those themes, conveyed in your words, certainly resonated—with nine-year-old girls to be certain, but by no means just them. “Frozen” has become the highest grossing animated film in history, and its album hit number one on Billboard and was number one on iTunes in more than thirty countries. Professionally that’s hitting a high C. Frozen is now part of the world’s popular culture. And when it comes to writing earworms . . . uh, I mean uplifting, you-go-girl songs destined to be heard everywhere forever, it looks like you’re the queen.

Awarded the Rogerson Cup Award in 1959

Awarded the Bicentennial Medal in 2009

Inspired by the family closeness of your own upbringing, you leapt at the chance, after Williams, law school, and private practice, to serve in Juvenile Court instead of waiting for what many counseled would be a more prestigious judgeship. You certainly have never looked back. As Presiding Judge of the Denver Juvenile Court you have worked creatively to improve the lives of countless children under duress. Among the many ways that you have hastened the delivery of justice has been through pioneering the system by which charges against parents for both drug and neglect violations can be heard jointly. Your reputation for intelligence, compassion, and fairness has led to appointment as a member of the Colorado Supreme Court’s Family Issues Committee, the Standing Committee for Family Issues, and the Legislative Task Force on the Mentally Ill in the Criminal Justice System. And, having made Denver’s Juvenile Court a model for the nation, you were appointed to the Board of Trustees of the National Council of Juvenile and Family Court Judges and been honored with the American Association of University Women’s Trailblazer Award. All this reinforces the belief, as you have said, that “the decisions we make in Juvenile Court are the most important that judges can make because they shape the lives of young people.” In recognition of your distinguished achievement in family law, Williams College is proud to honor you with its Bicentennial Medal.

Awarded the Joseph's Coat Award in 2004

Awarded the Rogerson Cup Award in 1989

Awarded the Rogerson Cup Award in 1984

Awarded the Bicentennial Medal in 2006

A founding partner of one of the nation’s leading private equity firms and member of the Board of more than thirty companies, you have devoted considerable time, talent, and finances to serving many overlapping communities. You have served as President of the Board of the San Jose Repertory Theater. As head of the Board of the Community Foundation of Silicon Valley you have led its merger with the Peninsula Community Foundation to create the third-largest community foundation in the country. As a Board member of Family Service Mid-Peninsula you facilitated its merger with a complementary agency. You have brought similar vision to your service on the Board of the James Irvine Foundation, which improves the lives of California residents through programs for the arts, at-risk youth, and citizen involvement. With barely a glance at the clock, you serve also on the Board of the National Outdoor Leadership School and of your alma mater and are involved with land conservation in Montana. Most extraordinarily, you also teach sophomore math at Eastside College Preparatory School in East Palo Alto, almost all of whose students will be the first in their families to attend college. A tough but respected teacher, you have been involved with the development of each of your students and of the school as a whole, helping it constantly grow in effectiveness and, in particular, leading the effort to introduce performing arts into its curriculum and to design and build its first performing arts center. The tiredness we feel just contemplating all this activity is surpassed only by our pride.

In recognition of your distinguished achievement in education, Williams College is proud to honor you with its Bicentennial Medal.

Awarded the Rogerson Cup Award in 2017

One of the greatest honors for the president of Williams to bestow is the Rogerson Cup, the College’s highest award for alumni service. Given by the family and friends of Jimmy Rogerson, Class of 1892, the cup symbolizes outstanding loyalty, achievement, and service in the name of Williams.

His decades-long service as a Regional Admission Chair, for which he earned the Copeland Award in 1997, dovetailed with his leadership of the Rhode Island Regional Association. His terms on the Executive Committee of the Society of Alumni led to his stewardship of the Society of Alumni, first as Vice-President and then President. During his tenure as President, he found the Williams family looking inward as so many did after September 11, 2001. He inspired the alumni body to view Williams as a haven and a close-knit community that our members could turn to for support in times of crisis.

Those who engage with our honoree note the civility and compassion he engenders in any volunteer role, serving as a model for all to emulate. The journey his 50th reunion class has traveled has been well served by his support of the Alumni Fund agent team and the 50th Reunion Fund Committee. He calls his work for Williams “most satisfying” and says he is always proud to serve alma mater. His college is forever grateful and is equally proud to bestow its highest recognition for alumni service to a member of the class of 1967:

Awarded the Bicentennial Medal in 2005

Bernard Bailyn’s time at Williams was cut short by World War II. He left in 1943 to serve in the army and received his diploma in 1945. He then earned his Ph.D. in history at Harvard, where he spent his whole career as one of the country’s most influential historians. The author of a dozen books, he won his first Pulitzer Prize for “The Ideological Origins of the American Revolution” (1968), which shifted attention on the motivations of the revolution from economic to ideological. His second Pulitzer was for “Voyagers to the West: A Passage in the Peopling of America on the Eve of the Revolution” (1986). The book was based in significant part on the use of new computer technology to analyze a register in London’s Public Record Office of every British resident who migrated to the colonies in the three years before the revolution. He complemented this statistical record with lyrical accounts of individual immigrants. He is also former president of the American Historical Association.

Covid-19 is an ongoing concern in our region, including on campus. Safety measures are in place, and campus community members and guests are additionally advised to take personal precautions. See the college's Covid-19 website for information about campus policies. For the latest research and recommendations from the CDC, visit cdc.gov/coronavirus.